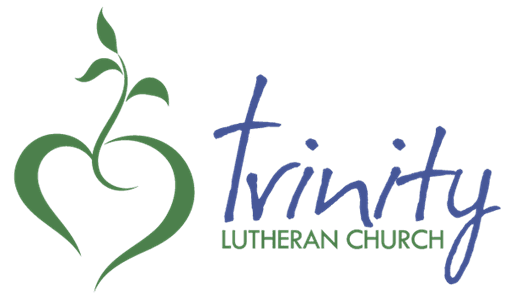 This Week at Trinity

Take Out and Order of Service

Scripture Readings for This Week

When I am with those who are weak, I share their weakness, for I want to bring the weak to Christ. Yes, I try to find common ground with everyone, doing everything I can to save some. I do everything to spread the Good News and share in its blessings….

….Let me now remind you, dear brothers and sisters, of the Good News I preached to you before. You welcomed it then, and you still stand firm in it.

It is this Good News that saves you if you continue to believe the message I told you — unless, of course, you believed something that was never true in the first place.

After that, He was seen by more than 500 of His followers at one time, most of whom are still alive, though some have died. Then He was seen by James and later by all the apostles. Last of all, as though I had been born at the wrong time, I also saw Him.

Finally, all of you should be of one mind. Sympathize with each other. Love each other as brothers and sisters.

Be tenderhearted, and keep a humble attitude. Don’t repay evil for evil. Don’t retaliate with insults when people insult you. Instead, pay them back with a blessing. That is what God has called you to do, and He will grant you his blessing….

….Now, who will want to harm you if you are eager to do good? But even if you suffer for doing what is right, God will reward you for it. So don’t worry or be afraid of their threats.

Instead, you must worship Christ as Lord of your life. And if someone asks about your hope as a believer, always be ready to explain it. But do this in a gentle and respectful way. Keep your conscience clear. Then if people speak against you, they will be ashamed when they see what a good life you live because you belong to Christ.

When all the people heard of Jesus’ arrival, they flocked to see Him and also to see Lazarus, the man Jesus had raised from the dead. Then the leading priests decided to kill Lazarus, too, for it was because of him that many of the people had deserted them and believed in Jesus.

The next day, the news that Jesus was on the way to Jerusalem swept through the city. A large crowd of Passover visitors took palm branches and went down the road to meet Him. They shouted,

“Praise God! Blessings on the One who comes in the name of the Lord! Hail to the King of Israel!”

Jesus found a young donkey and rode on it, fulfilling the prophecy that said:

“Don’t be afraid, people of Jerusalem. Look, your King is coming, riding on a donkey’s colt.”

His disciples didn’t understand at the time that this was a fulfillment of prophecy. But after Jesus entered into His glory, they remembered what had happened and realized that these things had been written about Him.

Many in the crowd had seen Jesus call Lazarus from the tomb, raising him from the dead, and they were telling others about it. That was the reason so many went out to meet Him — because they had heard about this miraculous sign. Then the Pharisees said to each other, “There’s nothing we can do. Look, everyone has gone after Him!”

To Read Other Translations of the Bible, Click Here to Go To BibleGateway.com

Watch Trinity's Live Stream Sunday Mornings from 9:30am to 12:15pm

Which Worship Style is Right for Me?

Worship times for Lent and Easter

Get to know Pastor Chuck 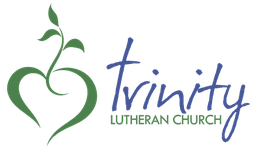 We're all about Jesus. Trinity is a Jesus-loving church in Roselle, Illinois. We are committed to loving God and living His Word. We believe in connecting with people, growing together, and reaching out into our community to serve. We love people to life in Jesus, because Jesus changes everything!

Join Us for Worship